Even though anatomically part of the GI tract, diseases of the mouth are often not considered alongside other gastrointestinal diseases. By far the most common oral conditions are plaque-induced diseases (e.g. gingivitis, periodontitis, dental caries). Some diseases which involve other parts of the GI tract can manifest in the mouth, alone or in combination, including:

Gastroesophageal reflux disease can cause acid erosion of the teeth and halitosis.

Gardner's syndrome can be associated with failure of tooth eruption, supernumerary teeth, and dentigerous cysts.

Peutz–Jeghers syndrome can cause dark spots on the oral mucosa or on the lips or the skin around the mouth.

Oesophageal disease may result in a sore throat, throwing up blood, difficulty swallowing or vomiting. Chronic or congenital diseases might be investigated using barium swallows, endoscopy and biopsy, whereas acute diseases such as reflux may be investigated and diagnosed based on symptoms and a medical history alone.

Gastric diseases refer to diseases affecting the stomach. Inflammation of the stomach by infection from any cause is called gastritis, and when including other parts of the gastrointestinal tract called gastroenteritis. When gastritis persists in a chronic state, it is associated with several diseases, including atrophic gastritis, pyloric stenosis, and gastric cancer. Another common condition is gastric ulceration, peptic ulcers. Ulceration erodes the gastric mucosa, which protects the tissue of the stomach from the stomach acids. Peptic ulcers are most commonly caused by a bacterial Helicobacter pylori infection.

As well as peptic ulcers, vomiting blood may result from abnormal arteries or veins that have ruptured, including Dieulafoy's lesion and Gastric antral vascular ectasia. Congenital disorders of the stomach include pernicious anaemia, in which a targeted immune response against parietal cells results in an inability to absorb vitamin B12. Other common symptoms that stomach disease might cause include indigestion or dyspepsia, vomiting, and in chronic disease, digestive problems leading to forms of malnutrition. In addition to routine tests, an endoscopy might be used to examine or take a biopsy from the stomach.

All the manuscript published by Clinical Gastroenterology Journal are available freely online immediately after publication without any subscription charges or registration.

Submit manuscript directly online as an e-mail attachment to the Editorial Office at: gastroenterology@eclinicalsci.com 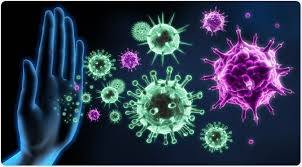 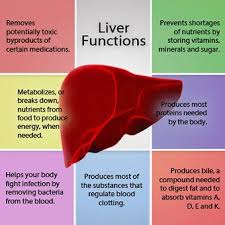